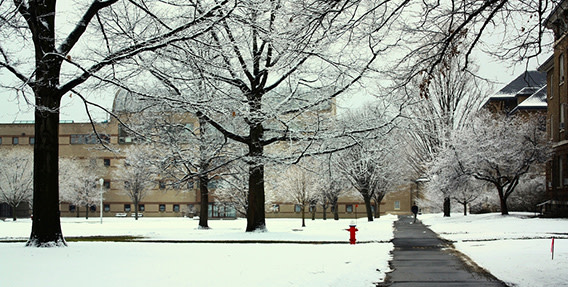 It's rare to hear someone say their favorite time of year is winter. Spring is often praised for signaling the end of winter, autumn is always picturesque, and of course summer is always a hit with students. But a blanket of snow and some fading winter light on a building can be all that are necessary to transform a plain-Jane campus into a collegiate postcard. Remembering beauty is in the eye of the beholder, here are our choices for the 10 most lovely college campuses to be on this winter.