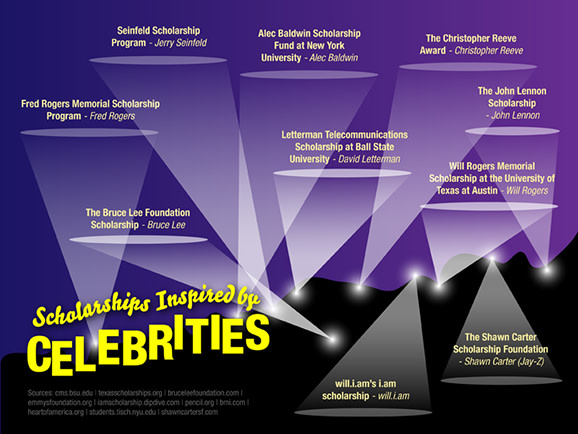 Now more than ever, college is the key to success. Next time you're worried (or just curious) about the unemployment situation in America, compare the rates of joblessness by degree level. You'll find each benchmark of educational attainment marks an extraordinary quantum leap in economic security. Those who are already successful understand this. Even celebrities, who often attain their wealth and stature in less conventional ways, are increasingly tailoring their philanthropic efforts toward providing college scholarships. That way, they can lower the ladder of opportunity for kids to grab hold of. And the awesome thing about scholarships is that they come in all areas of studying including public relations, counseling, nursing, graphic design, real estate, and much more. Here are 10 superstars who are also super-generous in helping students achieve their dreams: